The Most Famous Attraction on Crete

The Minoan palace of Knossos is the most famous tourist attraction in Crete. Being famous doesn’t mean it is the best or most recommended attraction. Knossos is primarily known for the fact that the Minoan culture was first discovered there. Before the findings in Knossos proved the fact, tradition was already familiar with the once flourishing culture. The proof was found as late as in the 20th century after Sir Arthur Evans started excavations around a hill he had purchased for himself.

The excavations were carried out in the 20th century style: passionately and broad-mindedly, and for that reason the restored – or more like re-built – parts of Knossos have been severely criticised. The scene in Knossos is held by many to be more like a set design than original structures revealed by cautious and careful excavations.

It is quite clear even for a regular tourist that the concrete models of presumed wooden beams (long pieces of wood used for construction) and painted concrete pillars (which originally were wooden) don’t give the real look and feel of the ancient Knossos. 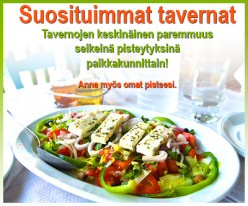